LEAN's campaign to save the Australian Renewable Energy Agency (ARENA)

In early September 2016 the Turnbull Government tried to destroy the Australian Renewable Energy Agency (ARENA) and with it a key engine in Australia's path to a low carbon future. LEAN swung into action and working with the Federal Labor Parliamentary Party ensured that $800 million of funding was protected from Turnbull's razor gang.

ARENA is a fabulous institution established by the Gillard Government to drive innovation in the renewable energy sector and help drive down costs. It has been wonderfully successful.

ARENA was established by the Gillard Government and is charged with supporting research and development in renewable energy and helping bring new test technologies to market. 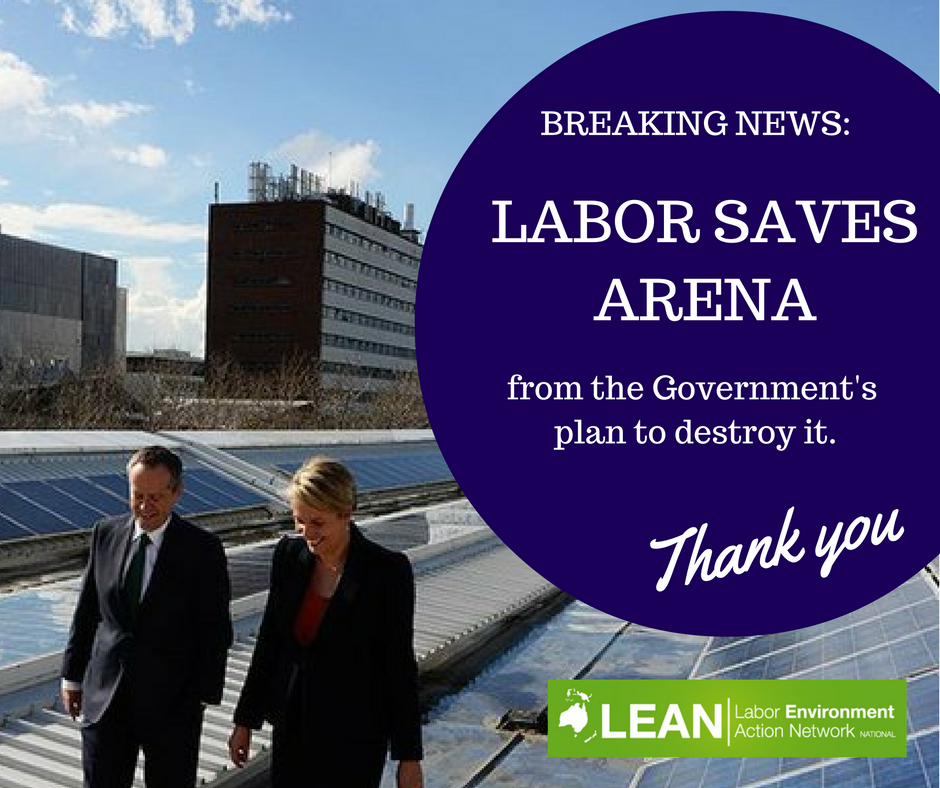 It has been a key funding source for the world-famous solar research at UNSW and the cutting edge renewables work of the CSIRO in the Hunter.  What's more it supports projects to test technologies and has bridged the gap on funding large scale solar farms - helping make them an attractive investment by granting capital and in the process driving cost reductions.

At the election Labor said it would reconsider ARENA's operations and funding, with the election commitments only definitely backing $300 million of industry development grants. If we won government, a reconsideration of its role within the new comprehensive framework outlined in the Climate Action Plan was appropriate. Sadly, the conservatives won and won’t build a clear path to a prosperous transition. Labor must fight for the few planks that survive to keep the renewable energy industry and investor confidence in Australia alive.

There is no way Australia can deliver Labor’s commitment to 50% renewable energy by 2030 and the jobs this will provide without a well funded research capability.

The Turnbull Government introduced a Bill to the new Parliament in early late August 2016 to strip ARENA of all its funding, $1.3 billion in total.

So LEAN swung into action....

ABC Radio's AM program on the first day of sitting included reference to the letter LEAN sent to all Labor MPs. You can read it in their story here.

We worked side by side with colleagues from the Community and Union sector, particularly the CPSU and the CSIRO Staff Association.

Labor stood by its principles and didn't allow the Government to hood-wink it on a spurious argument about economic responsibility. Labor negotiated $800 million of continuing funding to ARENA, which while this is a hair-cut, will allow the industry building work of ARENA to flourish.