A big week for the environment

It has been a big week for the environment.

On Tuesday, Environment and Water Minister Tanya Plibersek released the "State of the Environment" report at the National Press Club. This report is written once every five years and it told a very depressing story. The Minister explained Labor's commitment to addressing the systemic challenge this presents our country.

Read Tanya's speech here, it's well worth a read.

Today's guest on The Guardian's Australian Politics Podcast with Katherine Murphy is LEAN's national co-convenor, Felicity Wade. She articulates LEAN's high expectations for serious environmental reform, reform at the scale to match the problem. And calls for climate change to be central in the new laws.

It is also a big week next week as the 47th Parliament gets underway with Labor introducing its Climate Change Bill and Electric Vehicle Tax Cut legislation.

This is an important moment to get Australia back on track, get real action underway and to provide certainty on Australia's low-carbon future.

The Climate Change Bill will have four elements:

LEAN has worked incredibly hard since 2013 to see the Labor Government ready to start the long hard task of addressing the dual crises of climate change and biodiversity loss.

LEAN leadership across the country will meet in early August to chart our next steps. LEAN is only as strong as the hard work people are prepared to do to shift thinking and policy. Remember we are a voluntary organisation and a campaign organisation, our efficacy relies on organising, hitting the phones, getting out and talking to Labor branches.  There will be many opportunities to get involved and be both an ally and an agitator within Labor.

A few LEANer's at the National Press Club this week. 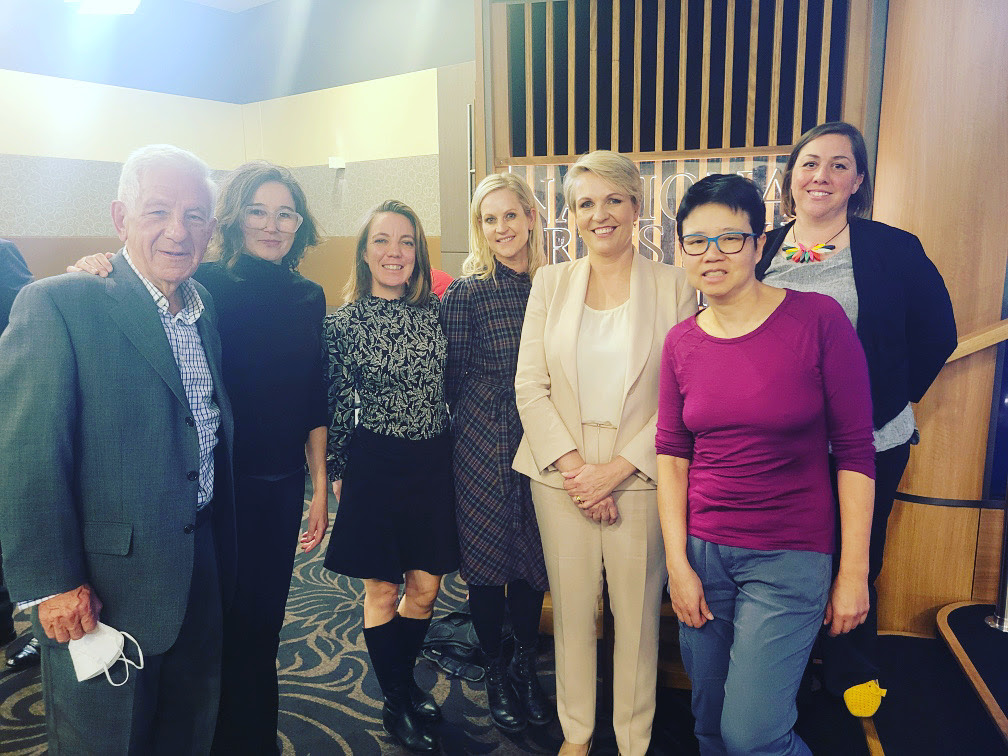