For LEAN's full statement on gas, as given to the Australian, see here. 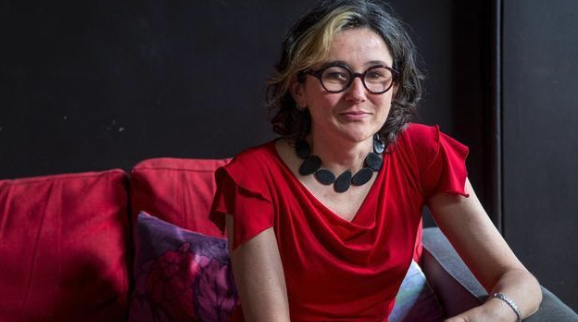 The Labor Environment Action Network has warned Anthony Albanese against backing the expansion of the gas sector in a sign it will oppose a peace deal on the issue struck by shadow cabinet.

LEAN national co-convener Felicty Wade said Scott Morrison “and his cronies will get away with murder” unless Labor holds him to account on climate change action.

Ms Wade said opening new gas fields was the wrong answer to lower energy prices and rejected claims that the resource was a transition fuel.

She referenced a potential scenario outlined by the Australian Energy Market Operator to claim gas will be “about 1 per cent of our electricity production over the next decades”.

“The simple truth is that gas is not a transition fuel. It is a fossil fuel. The moment for that transition is past. We missed that window and technology has caught up,” Ms Wade said.

“While gas is important to our economy today, our policies must focus on increasing efficiencies and switching away from gas onto new technologies as fast as we can.

“Fighting to the death for sunset industries does not a smart country make. We have to work harder to convince working communities that we have their backs — in word and deed — but there are better ways of doing it than simply spruiking for Santos and Origin.”

She said it was “fanciful” to suggest fracking projects will bring down energy prices.

“Demanding Santos and Origin forgo some foreign profits will bring down prices,” she said.

The Australian revealed on Thursday that shadow cabinet has agreed on a “pro-gas’’ statement of principles as it seeks to defuse an open conflict within caucus on climate and energy policy and meet demands from major unions to back blue-collar jobs.

Sources report the document says Labor “supports the gas sector and recognises all the important roles it plays”, including on economic growth, export income, job creation, electricity generation and providing feedstock for manufacturers.

They say the document also says Labor “recognises that gas will play an important role to get to net zero emissions” and the party supports the development of new gas reserves if they pass environmental approvals.

The document says the party will support “sensible measures” to expand the gas network if it is in the national interest.

“Until Labor can walk and chew gum on the complexities of backing working people and their jobs as well as acting to arrest climate change Morrison and his cronies will get away with murder. Labor has to hold both these truths.”

The shadow cabinet peace deal was a joint submission from opposition energy spokesman Mark Butler and resources spokesman Joel Fitzgibbon, who have been at odds on climate and energy policy since the election.

The two-page document, debated and endorsed last month but yet to be distributed to the Labor caucus, was described by frontbench MPs as “pro-gas”.

He also told 2SM radio he wanted Labor to “win back the bush”.

“The Labor Party is a political party in large part, born in the bush, out of the shearing sheds of Queensland and of course on the wharves of Balmain,” Mr Fitzgibbon said.

“They are our traditional voters — or were — and we have been losing them over the years, and we can’t form a government here in Canberra without picking up sufficient rural and regional seats.

“I’m determined we do so because I’m of the view that the country desperately needs a Labor government.”