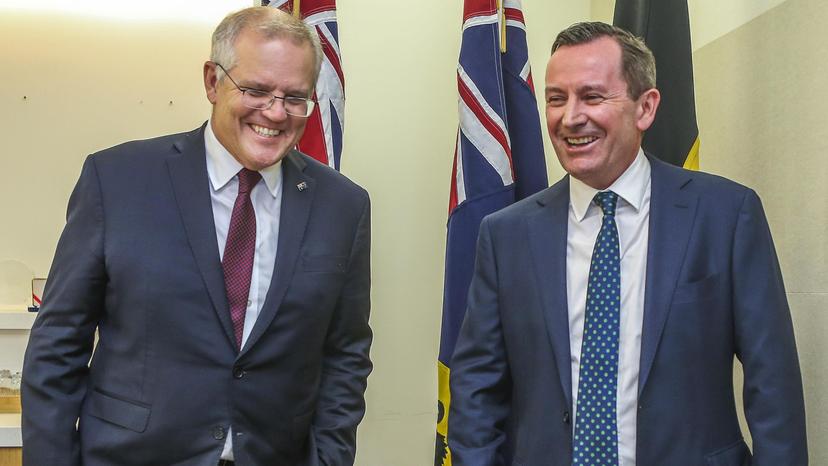 Premier Mark McGowan has joined Scott Morrison in calling for the speedy passage of legislation that would reduce environmental red tape on major mining and infrastructure projects.

The Prime Minister wrote to Opposition Leader Anthony Albanese at the weekend requesting Federal Labor’s support for two Bills that seek to amend the Environment Protection and Biodiversity Conservation Act.

If passed, the laws would enable single-touch environmental approvals for activities such as mining and farming and allow the Federal Government to hand decision-making to the States and Territories through agreements.

Both pieces of legislation are before the Senate and the Morrison Government hopes to enlist the support of Mr Albanese to avoid having to enter complex negotiations with members of the crossbench.

Mr McGowan said his government had called for proposed changes 18 months ago.

“We support this legislation and WA continues to work with the Commonwealth to progress a bilateral agreement for approvals which will maintain environmental standards and reduce red tape,” he said.

“Since (originally calling for the changes) the State has been implementing initiatives to remove red tape while retaining the highest environmental standards for all applicants.”

In late 2019, Transport Minister Rita Saffioti raised concerns about the understaffing at the Commonwealth Department of the Environment and Energy, which she said was delaying the approval of more than $1 billion of shovel-ready infrastructure projects across WA.

“We have been in discussions with the Commonwealth for 12 months about the need for additional resources so the Federal agency can meet key deadlines and allow the State Government to get on with building job-creating infrastructure,” Ms Saffioti said at the time.

The pair of Bills shape as a key battleground this week with the Federal Liberal Party taking out full page ads accusing Labor and the Greens of “blocking important legislation to cut red tape, create jobs and strengthen environmental protections”.

The ads also highlight Mr McGowan’s long-standing support for the laws, quoting the Premier in 2019 saying he did not want environmentally sound projects getting “bogged down in bureaucracy”.

The existing EPBC Act was reviewed by Graeme Samuel, former chairman of the Australian Competition and Consumer Commission, who handed a a report containing 38 recommendations earlier this year.

They included creating an “environment assurance commissioner” to oversee agreements between State and Federal governments, more uniform environmental laws across jurisdictions and including Indigenous Australians in the decision-making process.

But in a report by the Senate’s environment committee, Labor members dissented and said there was little difference between the Bill and former prime minister Tony Abbott’s controversial “one-stop shop” laws floated in 2014. The Government’s own senators also recommended changes to the Bills.

Labor have said they will not support the Bills as drafted and would only consider laws that more closely reflected Professor Samuel’s report. EPBC Act approvals for resources projects can take more than 1000 days, with every day of delay costing up to $1 million.