New Jobs in a clean economy

Firstly we'd like to extend a very warm welcome to the 50+ new members who signed up at state conference.

It's great to have you on board as we as we continue building capacity for positive change in Labor and beyond!

For those who couldn't make it, here's a recap:

Labor’s Victorian branch sent a strong message to its federal counterparts with a number of ambitious policy resolutions finding favour at its 2019 State Conference.

The 600 delegate conference is made up of 50% trade union delegates and 50% rank-and-file Labor members and is the supreme policy making vehicle of the party.

A Labor Environment Action Network (LEAN) motion entitled ‘Jobs in a clean economy’ was unanimously supported and called on the federal opposition to “rely on the best scientific advice when setting targets for emissions reduction and renewable energy generation”.

It calls on federal Labor to commit to “providing Australians with well-paying jobs” while addressing a range of pressing issues including:

Speakers in favour of the motion argued that climate action and environmental protections are intrinsically linked with job creation and easing cost of living pressures.

With unprecedented bushfires sweeping the country, delegates argued that federal politicians should be focused on addressing climate change and environmental degradation, because they’re clearly putting people’s health and welfare at risk.

Other motions agreed to by the conference included support for Australia’s first off-shore windfarm the ‘Star of the South’ and ruling out nuclear energy as “dirty, dangerous, slow, costly and not as efficient as new wind and solar” and having “no place in our energy mix”.

These latest resolutions follow on from a similar commitment at the 2018 state conference to a staged roll-out of electric vehicle charging stations, procurement of electric vehicles in the state government fleet and setting a timeline for powering the state’s public transport systems (both rail and bus) with renewable energy.

“Climate change is no longer just about abstract numbers sometime in the future, it’s about protecting the well-being of the Australian people right now”

“Our response must be about shared economic prosperity, good environmental outcomes and solid, well-paying jobs”

“Unfortunately, when looking for leaders to help us solve these problems, the Liberals are not up the challenge, they’re captured by vested interests and so we can’t rely on them”

“LEAN strongly supports the proposed Star of the South project. It will produce a huge, much needed boost in energy supply, help us cut our CO2 emissions and create hundreds of jobs in a transitioning region”

“It’s a shame the Coalition has held us back for a decade, but if we move now, we can still create thousands of jobs by tapping into the global boom in sustainable new industries”

“When confronted with extreme weather and a transitioning economy, it’s heartening that trade unions and Labor members acknowledge that addressing these issues not only means a safer environment for future generations, but reducing cost of living and creating new jobs”

Quotes attributable to Maritime Union of Australia (MUA) Victorian Branch Secretary Robert Lumsden on the ‘Star of the South’ motion:

"The unanimous support of the Victorian Labor state conference for a campaign to establish good, union jobs in the exciting new offshore wind industry is welcomed by the MUA”

"We recognise that there is far more value for workers, the environment and the Victorian economy in this project than can simply be seen in a $/megawatt hour figure”

"The MUA sees the Star of the South project as a great opportunity for the progressive Victorian Labor Government to lead the way in the development of the offshore wind industry. Together, we can achieve some great outcomes for workers and the environment through renewable, sustainable energy” 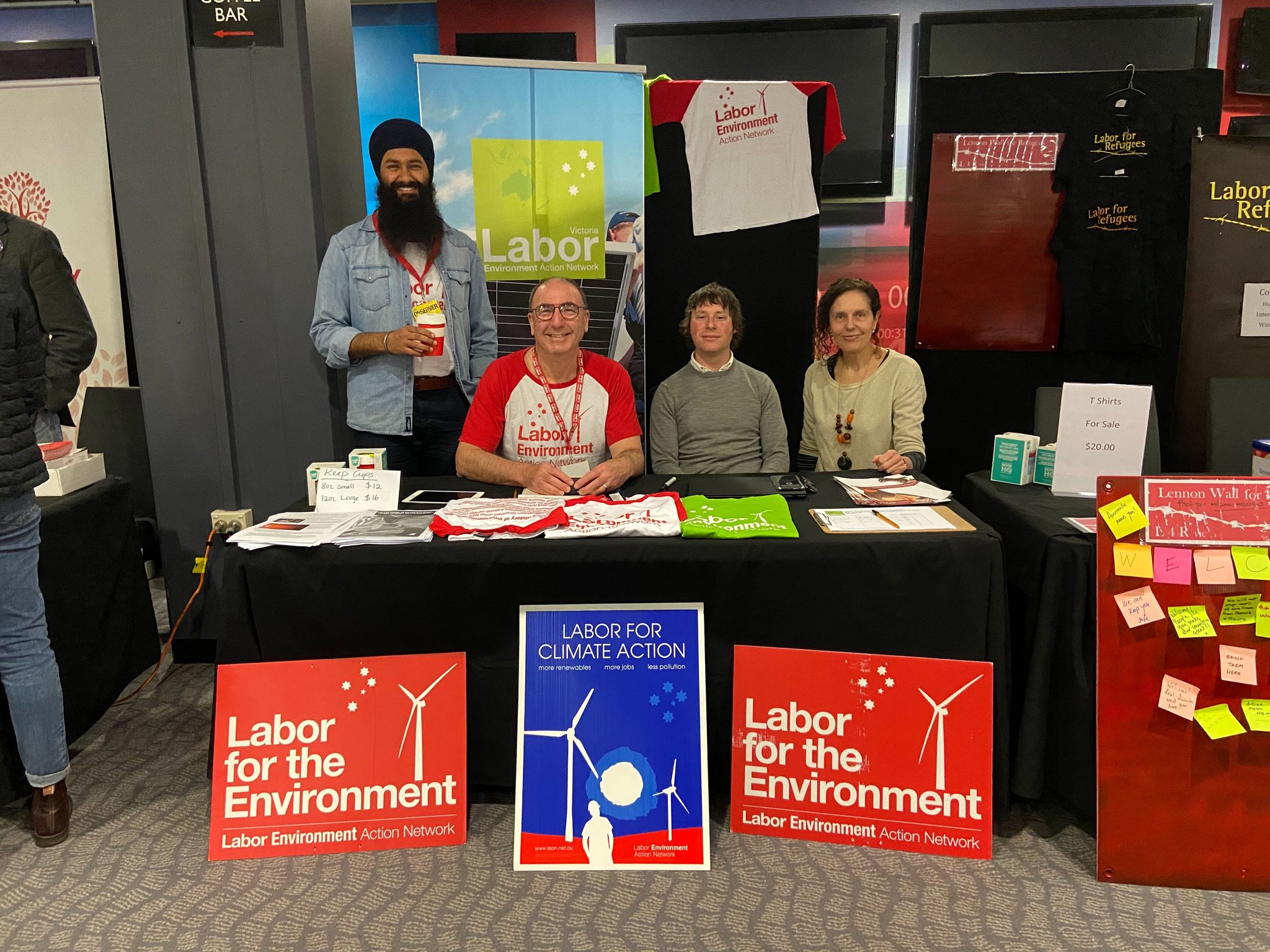 Other important motions LEAN actively supported at the conference included:

1. Unlock the potential of the industry for job-creation by prioritising: Government funding of local innovation, quality public sector jobs and establishment of businesses,

2. Encouragement of in-sourcing where appropriate, and new businesses into the industry,

3. The procurement of fully or partially recycled and recovered goods and materials across all levels of state government and councils, and

4. The regulation of the industry so new and existing jobs are well regulated union jobs;

The Draft Deer Management Strategy, issued in October 2018 by DEDJTR, estimates the number of deer in Vic to be between several hundred thousand and up to one million wild animals or more.

The impact of deer include:

Deer are currently classified as game in Victoria and the only control method is through shooting which is carried out by land holders, professional shooters, accredited volunteers or recreational hunters. Shooting is permitted on private land with the landowner‟s consent and permitted on public land under authorisation.

The financial benefit for some regional economies, as a result of treating deer as game for hunting, is well documented in the Draft Deer Management Strategy and we should encourage expansion of the shooting program.

Major issues that need to be addressed are:

To address the environmental, economic and social impact of the rapidly expanding deer population across Eastern Victoria - we call upon the Andrews Labor Government to:

The recreational hunting of native waterbirds is inconsistent with this positive proactive animal welfare agenda.

The hunting of native waterbirds needlessly causes the painful injury and death of innocent animals, often endangered animals, in their natural habitat.

This conference congratulates the Victorian Labor Government on the promotion of a positive and proactive animal welfare agenda that recognises the sentience of animals.

And calls on the Victorian Labor Government to: